Tarot cards and your future…

Tarot. Pronounced Ta-ROW.  Origin (noun) 1590s, from French tarot (16c.), from Old Italian tarocchi of unknown origin, perhaps from Arabic Torah. The deck first used in Italy 14c., as playing cards as well as for fortune-telling. Can they tell the future? Give guidance to the querent? 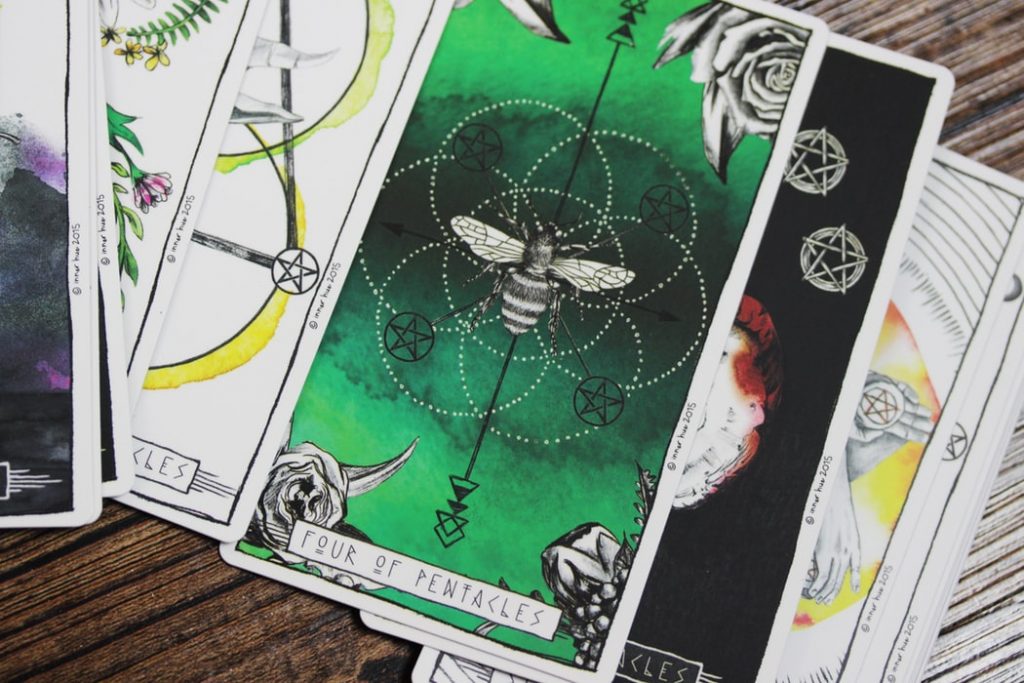 Some say yes. But like mediums, they’re forbidden by God. Why?

Because we’re not supposed to know the future. God made us that way. When we go seeking the future, we’re delving into witchcraft, sorcery. Don’t believe me?

“And he burned his sons as an offering in the Valley of the Son of Hinnom, and used fortune-telling and omens and sorcery, and dealt with mediums and with necromancers. He did much evil in the sight of the LORD, provoking him to anger.” —  2 Chronicles 33.

You may not believe this, but I do. Frankly, I’m more afraid of what God thinks that I am of knowing the future. And I write about this in The Actress, releasing this January 20. Here’s a snippet.

“Some people believe the cards can predict the future,” she said. “There’s a different meaning for each one.”

She tapped her lips with a finger. “It means different things depending on the question, or as tarot readers say, ‘the search.’ Like the search for life’s meaning or guidance for someone. It can relate to work, love life, or spirituality. Of course, it’s all bunk.”

“I know. But it means something to Tully Ivey,” I said, eager to know more.

“If memory serves me correctly, the High Priestess indicates to her that you’re about to have a change in your work life,” Mary said. “The High Priestess card is particularly good for poets and writers. She probably thinks your intuitive powers are increasing and you may be inspired to be creative in your work.”

“Mary, that means nothing to me. It all sounds like mumbo-jumbo. And how’d you know all that?”

Read The Actress and you’ll learn about tarot cards. And maybe solve a Christian mystery.

© Copyright Michael Hicks Thompson 2023 · For The Love of Storytelling™