Short Bio:
An author who combines Christian fiction with theology.

Medium Bio:
Born in his mother’s own bed and raised on a small Mississippi farm, Michael Hicks Thompson claims to know a thing or two about strong Christian women, alcoholic men, and Jesus. After graduating from Ole Miss and serving in the military, he received a masters degree in mass communication from the University of South Carolina. Married to Tempe Adams for forty-four years, he lives in Memphis, Tennessee. He’s the father of three Christian men, and grandfather of four. The little ones call him “Big Mike.” 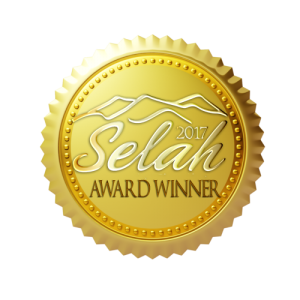 Combine a suspenseful murder mystery with theology (the study and explanation of religious faith, practice, and experience) and you have The Rector–with an allegory of Christ’s ministry. Thompson calls this sub-genre, “Christian Fiction with Theology.”

Here’s a brief overview of the novel: Martha McRae is a widow living in a small Mississippi Delta town in the 1950s. She’s obsessed with the sudden death of her Episcopal church’s young rector. A murderer will go free if she doesn’t investigate. But Martha is torn. If she pursues the guilty, her Bible study friend’s ugly secret will be exposed, and devastating. When the new rector arrives, she encounters yet another puzzle to solve-—one that takes her into Parchman Penitentiary where she comes face to face-with-evil.

“This novel is a superbly written story involving spiritual victory in spite of murder, deceit, and lust in a small town in the 1950′s. High stars for a Christian story that reads like a thriller.”
~~D.S. Hale, author of YA Christian fiction. (Thompson doesn’t know D.S. Hale, nor Diane Gardner, below.)

“Michael Thompson offers a tantalizing murder mystery filled with chilling explorations of hypocrisy, true faith, and small-town secrets. It’s about sin and redemption. It’s about the search for truth, in both the physical and spiritual realms. And it’s all wrapped up in a puzzle that keeps even skeptics on their toes. The writing is compelling with a plot that grows ever thicker and offers even ardent mystery fans delightfully unexpected twists and turns. The intrigue is well developed with well-placed clues and cliffhangers. The characters are multidimensional and fascinating. The faith themes are so masterfully woven in that those who aren’t religious should simply find the novel to be top-notch suspense.” ~~ Diane Gardner, ForeWord’s Clarion Review.

“There are so many theological discussions between the rectors and characters, I was able to write a six-week study guide for Bible study groups and book clubs,” says Thompson. The guide is free and available at www.TheRectorGuide.com. But, according to Thompson, the novel is intended for all audiences, not merely groups.

The Rector, first in The Solo Ladies Bible Study series, is Thompson’s fourth published novel. “I’ve already written the sequel, The Actress, and hope to release it in the Fall.”

Born and raised on a small Mississippi farm, Thompson claims to know about strong Christian women, alcoholic men, and prison ministry, which is an integral part of The Rector.

The book, along with a Kindle version and an audio book, are available on Amazon. Bookstores can order directly from Shepherd King Publishing. The Rector retails for $18 in paperback, $7.99 on Kindle, and $22.00 in audio format.

JOURNALIST: If you need background, commentary, or story ideas about (1) The life of David ben Jesse, (2) Combining Christian fiction with theology, or (3) “Outliner” versus “Pantser” novel writing, Michael is available on short notice—cell # 901.833.0212, or by email, michael@shepking.com. His work is available at
https://michaelthompsonauthor.com, or www.shepking.com. 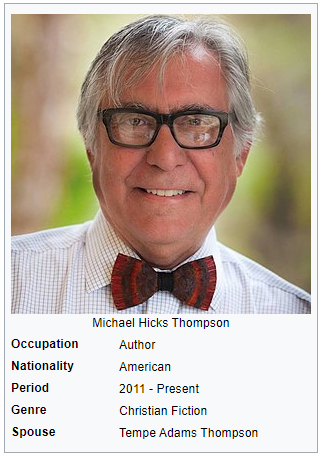