Home Christianity Where does evil come from?

Where does evil come from? 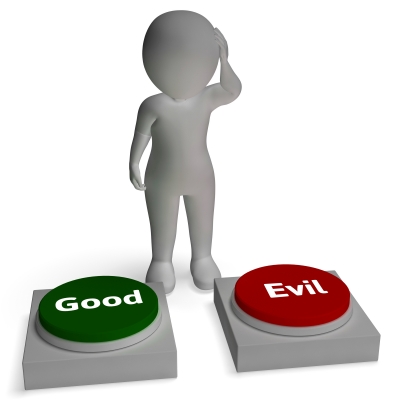 Excerpt from The Rector … Available on Amazon, Kindle, Kobo, Scribd, IngramSpark, and pretty much everywhere…

The next afternoon I went with the preacher to Parchman Penitentiary. On the drive there, Father Davidson handed me a book. “Turn to page seventy-four and read what I’ve underlined,” he said. “Read it out loud, if you don’t mind.”

I looked at the book’s cover. Mere Christianity, by C.S. Lewis. Turning to page seventy-four, I read: “‘When a man is getting better he understands more and more clearly the evil that is still left in him. When a man is getting worse, he understands his own badness less and less. A moderately bad man knows he is not very good; a thoroughly bad man thinks he is all right.’”

“What does that say to you about Sonny Sartain?” he asked.

“Exactly. So do you think telling him he’s going to hell will hurt him … and satisfy you?” he asked.

As the preacher drove on, I began to wonder about all the evil in the world. “Father, I don’t understand something. Where does evil come from in the first place? How could God allow it? I thought He was completely sovereign.”

“He is. Let me explain it this way: God cannot do evil and He did not create evil; but He did ordain that evil exist.”

“Look at it this way,” he said, “if God allowed evil to enter into this world, it could be only by His sovereign decision. Since He is always right and perfect, we have to conclude that His decision to allow evil to exist is a good decision. That’s not the same as saying ‘evil is good.’ We should never say that. However, we can say, ‘It is good that there is evil,’ solely based on the fact that God allowed it. I know this is a difficult concept to understand, but there would be no evil if God didn’t want there to be evil. The outcome of evil is always turned into His Glory; we just can’t see into the future how it’s done. But He can. And, we have His promise that one day those who know and love His Son will live on this earth without evil.”